The Brno metropolitan area has been a part of the international research project ESPON METRO – The role and future perspectives of Cohesion Policy in the planning of Metropolitan Areas and Cities since June 2019.

The research project will run until October 2021, accompanying activities should be implemented until February 2022. The city of Brno expects to gain new knowledge in metropolitan area management (development, planning, cooperation), share examples of good practice and specific solutions to implement in its development. 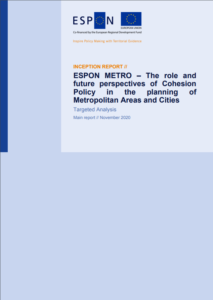 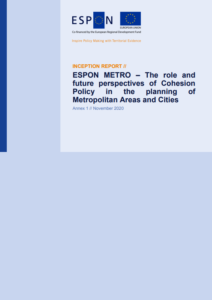 The project The role and future perspectives of Cohesion Policy in the planning of Metropolitan Areas and Cities is being developed under the auspices of the Politecnico di Torino research team (main contractor). The project also includes the team of Charles University, the University of Libre in Brussels etc. You can also find more information about the project on the official website of the ESPON program.