Presentation of our experience with metropolitan planning at European level

On 9th October 2019, the Urban Development Network organized a seminar in the framework of the European Week of Regions and Cities that is being held annually in Brussels. The European Week of Regions and Cities is an event where regional and local government officials, together with experts and academics, can exchange best practices and know-how in the field of regional and urban development. The topic of seminar was the definition of the territorial focus of future urban strategies and Petr Šašinka, head of the ITI Management and Metropolitan Cooperation Department, presented the achievement of strategic cooperation with other municipalities within the Brno Metropolitan Area (BMA). During his speech, he also spoke about cooperation with Masaryk University with regard to the development of a questionnaire survey for mayors of 166 municipalities located in the Brno Metropolitan Area. He also presented decision-making process concerning strategic projects in the BMA. The seminar was attended by representatives of the cities of Goteborg and Berlin and academics from the Joint Research Center of the European Commission (JRC) or the ESPON 2020 Interregional Cooperation Programme. All participants agreed that cooperation outside the city’s administrative boundaries is necessary to strenghten functional links and development needs of metropolitan areas. More information about the seminar can be found here.

Petr Šašinka also presented about the Brno Metropolitan Area on 17th October 2019 at the second BAUM conference on territorial management. Together with representatives of the cities of Oslo, Warsaw and Vienna was Brno chosen as an international example of good practice in the area of ​​metropolitan planning and development. Representatives of these cities talked about setting up cooperation in their areas and also presented recommendations for the city of Bratislava in creating a functioning metropolitan area. More information about the conference can be found here.

On 14th November 2019, a European Urban Knowledge Network (EUKN) seminar was held in Prague on the topic of metropolitan and cross-border functions. The aim of this joint meeting and workshop was to explore different interpretations of the concept of functionality in metropolitan areas following the next programming period 2021-2027. Representative of the Brno Metropolitan Area presented the delimitation of the BMA, the definition of a functional urban area by means of commuting zones etc. The representatives of metropolitan areas agreed on the need to reduce the fragmentation of European policies and to further promote metropolitan issues at European level. Seminar attended more than 50 participants including representatives of European institutions, academia and representatives of Czech ministries and cities. Information about the seminar can be found via this link. 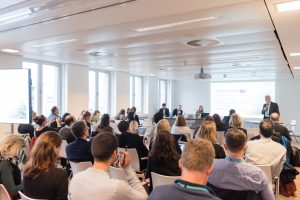 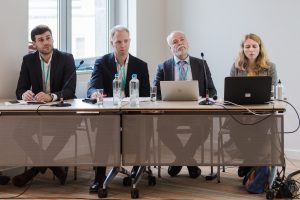