Membership in the METREX network will also allow the City of Brno to be part of  negotiations regarding the integrated urban tools (ITI) and the urban dimension setting in the next EU programming period 2021-2027. In the next programming period 2021–2027, the ITI instrument will be supported by both the European Commission and the Ministry for Regional Development of the Czech Republic. The City of Brno has the ambition to negotiate the same or greater amount of funds for the development of the Brno Metropolitan Area. Membership of the city in the METREX network should simplify these negotiations.

“Given the ongoing preparations for the new European Union programming period 2021-2027, our City’s participation in this network is highly desirable. It will allow the City of Brno to have much stronger voice, forward its requests and be heard at European level. Thanks to its membership in the METREX network, the City of Brno will be able to operate alongside the most advanced European capitals such as Glasgow, Amsterdam, Vienna, Helsinki or Oslo, which can thus provide the experience in solving metropolitan problems, ” Deputy Mayor Tomáš Koláčný explained the benefits of becoming a member. 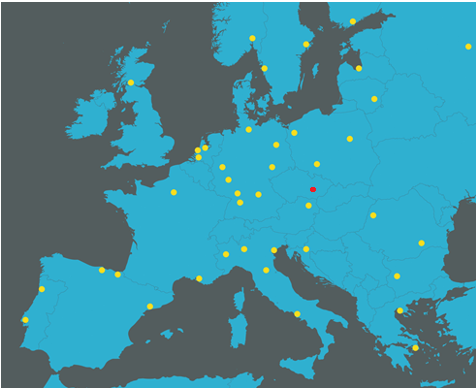