Debates on the future shape of the territorial dimension, integrated instruments and cohesion policy after 2020 are currently being discussed at national and European level. The ITI tool brings a number of benefits to the Czech Republic’s metropolitan areas, but it cannot be seen merely as a tool for receiving European funds, but as a tool for implementing development strategies or addressing topics defined by individual metropolitan areas. The development of these topics will ensure the progress of a functional territory as a whole.

The introduction of integrated urban tools in European regional policy already shows a positive change in the development of the largest cities and their hinterland, even though we are only halfway through the programming period. We have managed to start and accelerated the vertical and horizontal cooperation of partners at all levels. Together with other cities and municipalities, we are writing a new chapter in terms of understanding the concept of strategic urban planning in the Czech Republic.

Petr Šašinka,Head of Department of  ITI Management and Metropolitan Cooperation, presented these findings in Brussels at the seminar “Czech Perspective on Territorial Dimension of Cohesion Policy and European Territorial Cooperation after 2020” on January 25, 2018. The representatives of the European Commission, academia, as well as representatives of ministries and cities were among more than 80 participants of the seminar. 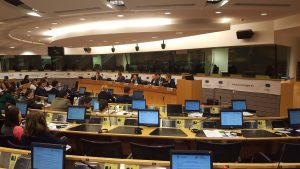 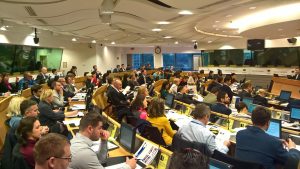