Delimitation of the territory of the Brno Metropolitan Area

The analysis implies, among other things, that the position of Brno within the South Moravian Region has strengthened over the period of the last 10 years – showing that Brno is becoming an increasingly important centre of the whole area.

In the programming period 21+, the delimitation of BMA is based on a uniform methodology by the Ministry for Regional Development of the Czech Republic. The data from the mobile operator and the specific characteristics in the area were used to delimit the area.

Brno Metropolitan Area (BMA), based on the delimitation, consists of 184 municipalities, including Brno, with approximately 700 thousand people living there (70 % of South Moravian Region). The territory of BMA has an area of 1,978 km2. BMA represents an example of an area with one dominant core -Brno, half of the area´s population lives there. 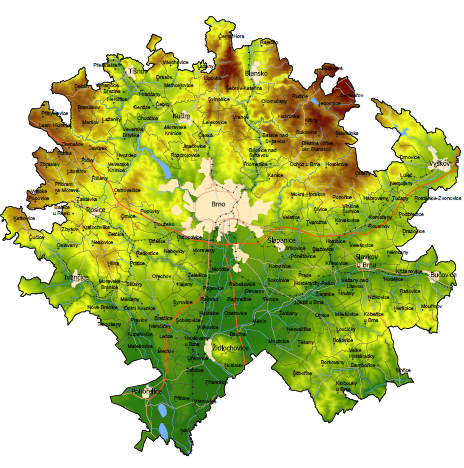 A more detailed map can be found here.

A new delimitation of BMA replaces the delimitation from 2013. the number of municipalities and thus inhabitants has increased in comparison with the previous delimitation. A significant change is the inclusion of larger cities in the northern and eastern part of the area. A more detailed comparison can be done in the table below.